The 19th amendment to the Constitution, guaranteeing women the right to vote, received two-thirds majority of state ratification thanks to Tennessee and is now a new law. It culminates more than 70 years of struggle by women. It reads “The right of citizens of the United States to vote shall not be denied or abridged by the United State or by any State on account of sex” and “Congress shall have power to enforce this article by appropriate legislation.”

The women’s suffrage movement began in the mid 1800. Women became politically active in politics due to the abolitionist and temperance movements. In July 1848, 200 women met in Seneca Fall, New York to discuss women’s rights. The convention was led by Elizabeth Cady Stanton and Lucretia Mott and became known as the Seneca Falls Convention. Even Frederick Douglass attended this convention! During this time, women focused on better educational and employment opportunities for women. They did also try to gain the right to vote but it was met with much opposition. Over the years, more women’s rights conventions were held. The first national women’s rights convention was in 1850 and it was held every year after. Year after year, women pushed for the right to vote. Wyoming was actually the first state to allow women to vote in 1890.

By the 20th century, the role of women in society was changing. Women worked more, received a better education, and had fewer children. Still, they did not have the right to vote. In 1917, America entered World War I. With so many men overseas fighting in the war, women stepped up to aid the war effort. By 1918, women had equal suffrage in 15 states, but not across the country yet. Finally, an amendment passed the House of Representatives in January 1918. In June 1919, it was approved by the Senate for ratification. Suffragists around the country pushed for ratification and it finally happened on August 18, 1920 when Tennessee became the 36th to ratify the amendment. On August 26, 1920, it was formally adopted into the Constitution.

On this day in 1969, the Woodstock Music Festival opens in the upstate New York town of Bethel. The festival lasted from August 15-17, 1969. It was billed as “Three Days of Peace and Music” with performances by Jefferson Airplane, the Who, the Grateful Dead, Sly and the Family Stone, Janis Joplin, Creedence Clearwater Revival, Jimi Hendrix, and many more (click here for Hendrix’s guitar performance of The Star Spangled Banner). More than 400,000 people were in attendance when the gates opened.

On this day in 1978, the Oakland Raiders played against the New England Patriots in a pre-season game. Oakland Raiders free safety Jack Tatum hit New England Patriots wide receiver Darryl Stingley helmet-to-helmet. As a result, Stingley was paralyzed for life. He was just 26 years old. Despite the sport’s hard hits and reputation for roughness, this was the first and only time a player was permanently paralyzed as a result of an injury sustained in a National Football League game. At this time, the hit did not violate any NFL rules and no flag was thrown. However, Stingley’s neck was broken and he became a quadriplegic, paralyzed from the chest down. Stingley died on April 5, 2007 at the age of 51. He and Tatum never reconciled.

Stingley, a wide receiver out of Purdue, was chosen by the Patriots in the first round of the 1973 draft.  In 1977, he had enjoyed the best year of his career, racking up 39 catches for 657 yards and five touchdowns. Tatum, played college football at Ohio State and was drafted by the Oakland Raiders in the first round of the 1971 draft. He was known for hard hits and had previously injured other NFL players.  Raiders head coach John Madden visited Stingley in the hospital. Tatum tried to visit Stingley but his family did not allow him as they were angry at Tatum. They felt he lacked remorse for what he did to Stingley.

Discussion: What do you think about helmet to helmet contact in football? Should it be illegal? Does it make the game more dangerous? Should Tatum have felt sorry for what he did or was he just “doing his job”?

Click here to read or listen to the story. 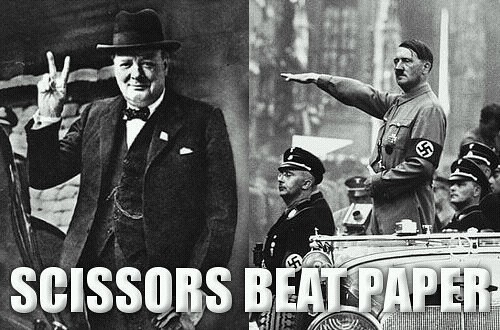