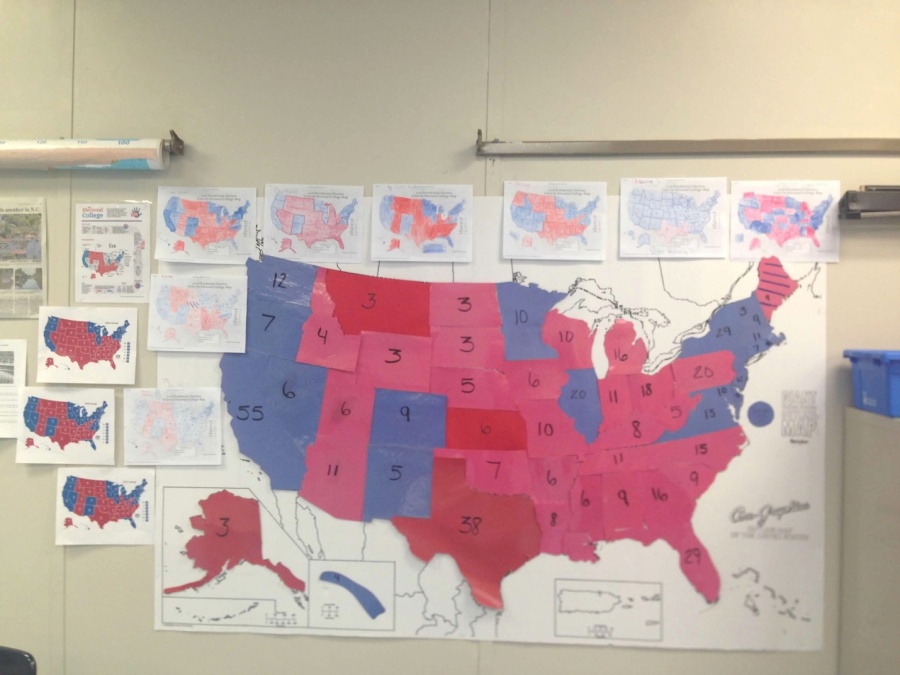 It is finally here and America has elected a new president.  My students and I have been talking about this election since last year and we still can’t stop talking about it. All last year, they wanted to know who our next president was going to be, but each political party had to nominate a candidate. First, we discussed how candidates campaign and primary elections.  One by one, candidates dropped out of the primary race and we narrowed down the choices.  Since both conventions were over the summer, we ended last school year still not knowing who the candidates were. However, once we returned in September, the race to the White House was in full swing.

My students are too young to vote, but that didn’t stop their curious minds. Students asked questions about the candidates as well as the election process. Perhaps they were invested this year since the winner may run for re-election in 2020 – when most of my students will be eligible to vote.  All 12 of New Jersey’s congressional representative were eligible for re-election.  We spent time learning about why we have 12 congressmen and 2 senators and about the Electoral College. We played an engaging game using Airhead candy and an interactive map from 270towin.com. Fun and interactive classes tend to be the greatest lessons. Next, students made their predictions.  Some states were harder to predict than others. In order to make their predictions, we analyzed the results from the 2004, 2008, and 2012.

The day after the election we compared our predictions to the actual results. Yes, we were all surprised, but we looked at the data to see how it all unfolded. Then, we created a giant map to display the results and use as a reference for future lessons. We said we will pay attention to the transition and it will continue to be a topic of discussion; just because the election is over does not mean we don’t stop learning and caring.