Prior to Columbus’ arrival in 1492, Native American civilizations lived in North America, Central America, and South America. Their cultures differed from region to region but one thing was the same. Their way of life would change beginning in 1492. Contact between Europeans and Native Americans led to a trans-Atlantic trade that included animals, plants, diseases, and people. By the 1500s, Spanish and Portuguese  explorers began to settle the New World. African slaves would replace Native American slaves. Competition among the European powers led to French, Dutch, and English explorers. Africans and natives resisted oppression but new cultures emerged. The French and Spanish established settlements in various regions and found ways to increase their wealth and power. In 1607, the English established their first permanent settlement at Jamestown, Virginia. The seeds of a new nation were planted.

Below are the assignments for this unit.

Below are links to videos that align with this unit. 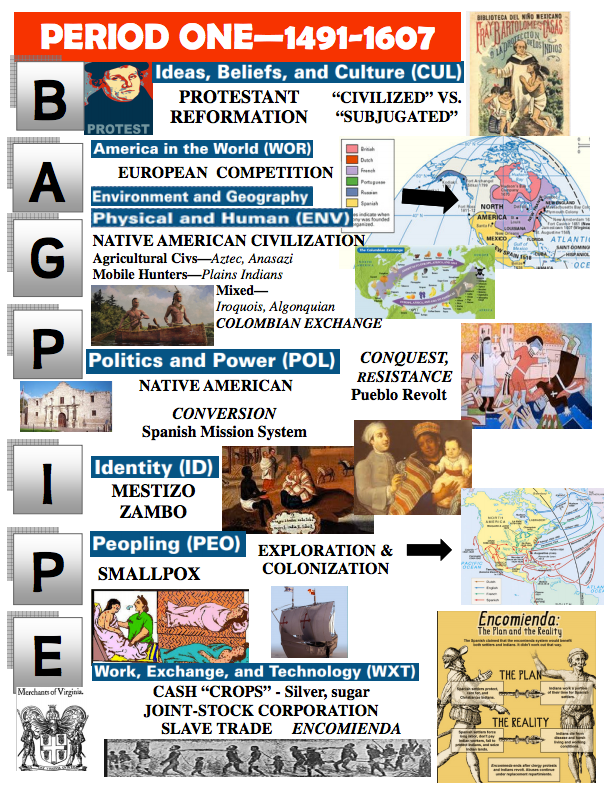