World War II ended in 1945 and the Cold War, which lasted until 1989, began. After World War II, the United States emerged as a world power with the largest and strongest economy. Americas were eager to return to civilian life but the threat of Communism challenged America’s future. By the 1960s, frustrations over Vietnam grew and at home, the fight for Civil Rights was at the forefront of society. The 1970s proved to be another turbulent time as the nation addressed conflicts and a poor economy.

Below are the assignments for this unit.

Below are links to videos that align with this unit. 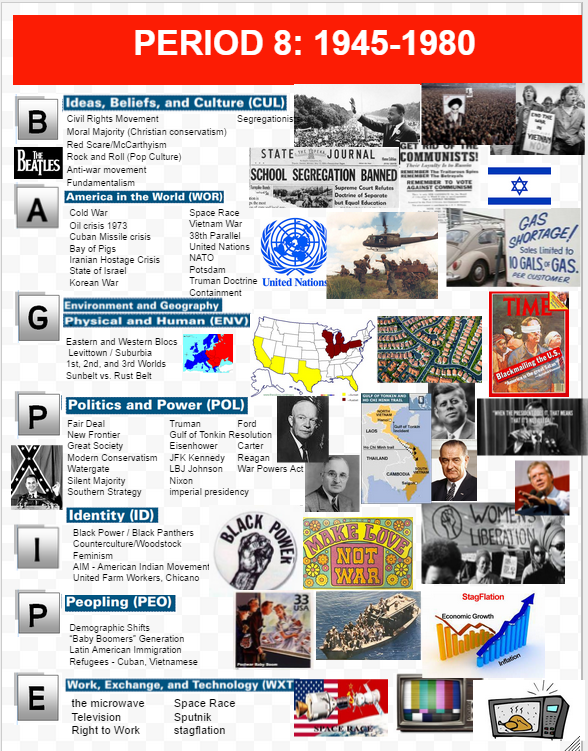